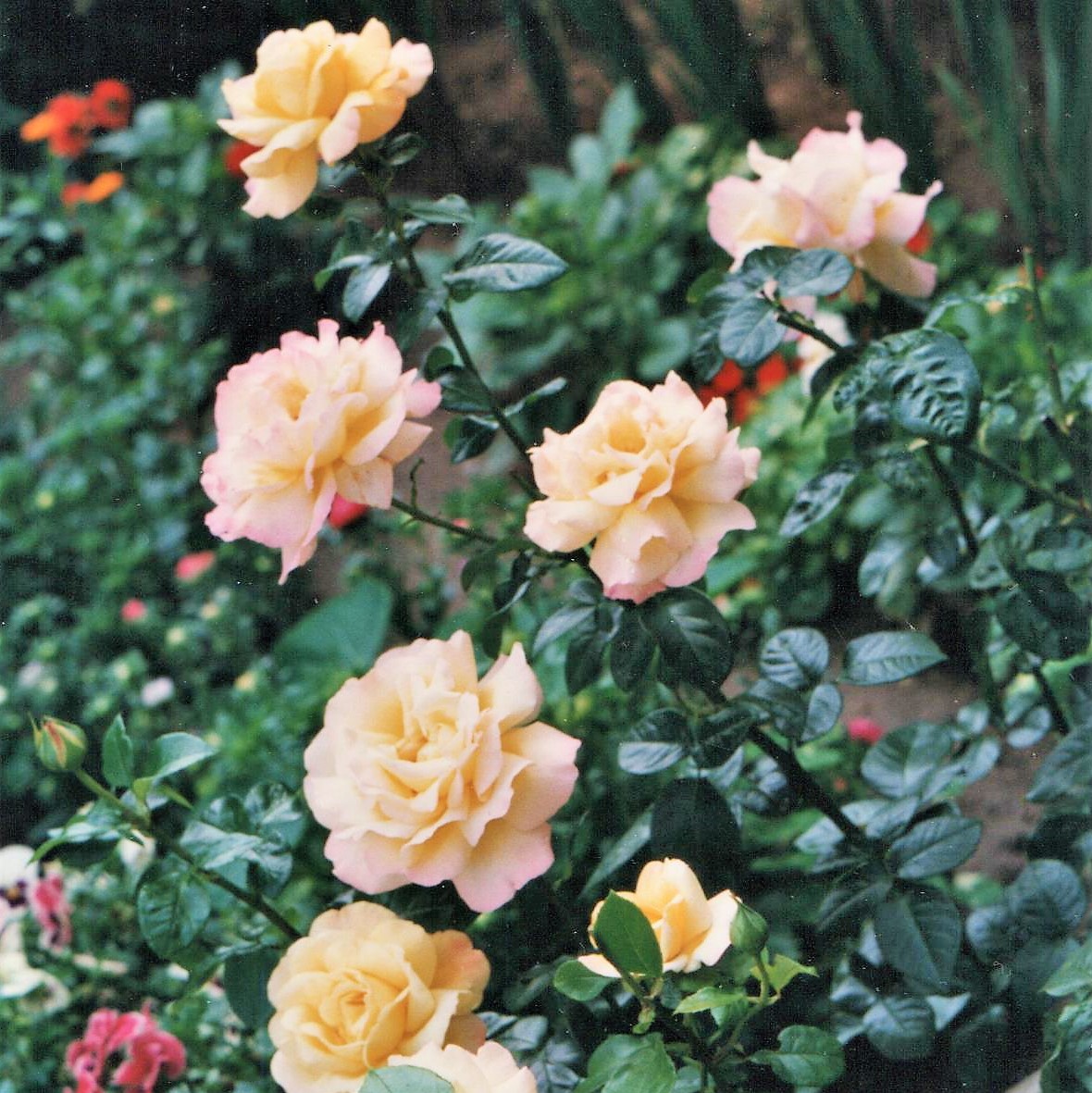 My Father’s garden wasn’t the most beautiful I’ve ever seen, a tiny handkerchief behind a council house in South Wales but during spring and summer, it was always a riot of colour. Memories of the 1970’s were rows of staked dahlias and a line of giant sunflowers and then there were the roses, my Dad’s pride and joy. Recently, as part of a giant tidy up during 2020, I came across about a dozen faded photos, snaps he had taken and came across his favourite rose which bloomed every year – Peace.

The story of this rose seems quite appropriate to this Music Weeklies challenge. www.musicweeklieschallenge.com/

The rose was originally bred in France just before the Second World War but as the war broke out the cultivators, Francis and Alain Meilland, sent bare rooted plants to friends around the world to try and preserve the rose from destruction. One such plant was sent to America, where safe from the front, it was trialled and protected…

Eventually, the rose became known as Peace, felt to be an enduring and appropriate name. It was made public the day Berlin fell, a day considered to be the turning point of the Second World War in Europe, in early 1945. Later that year, Peace roses were given to the delegations who attended the first meeting of the United Nations with this following note-

“We hope the ‘Peace’ rose will influence men’s thoughts for everlasting world peace”.

Since World War II there have been over 250 major wars and countless other smaller armed conflicts, civil wars and battles. Is it too much to hope that one day the death and destruction that we see every night on our screens will end?

When I look at the faded picture of my Dad’s favourite rose, I still live in hope that one day its beautiful sentiment will come true…finally Peace in our world.