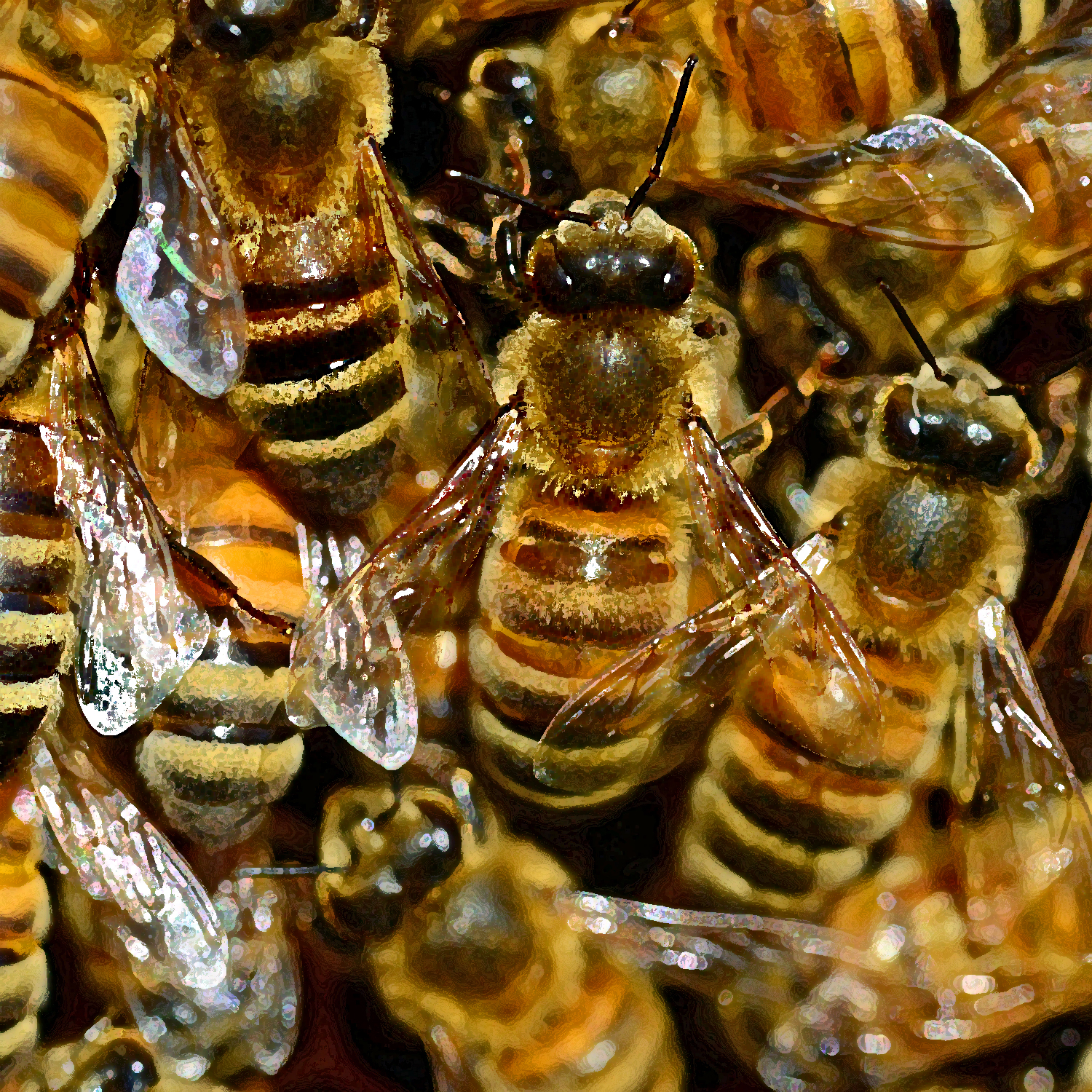 A conversation about mosquitoes inspired this challenge about insects and what potential for a sound piece, but like most things in life the direction I took altered from my original path.

For the past two years I have been lucky enough to have had two wild bee colonies make their home in my little garden.In the first year, Ground bees created a haven next to the fence and I would watch them from my swing chair, milling around doing what bees do…buzz and be busy. In most years it wouldn’t have been such a bad idea to build their hive where they did, but that year we suffered a very cold and wet summer with torrential rain and thunderstorms. The colony drowned after a really bad storm and those who survived abandoned the hive. Last year, a colony of Masonry bees (Osmia) decided to make their home, high-rise, in a crack in the wall and I thought that this time they wouldn’t have any problems from the rain. However, we had a very unusually hot dry summer and mysteriously, during the course of one week, the colony failed and one by one the bees died, their bodies carpeting the ground.

Little Rotors is an attempt to portray in sound the many mornings I would look upwards at the Masonry bees, watching in admiration their perpetual movement, rotating around each other, some in large circles, some small, sometimes bumping into each other but always in a constant mode of movement, of action, of togetherness, and with a singular determination to build and support each other for the benefit of the whole colony.

I began by creating a slow drone from a field recording of wild bees in the Altay Mountains (by Venaportae on Freesound) and this became the basis of the track. I then built up sounds using synths and some simple effects to create the idea of the rotor movements and bee sounds. My own field recordings of the bees in my garden were pitched to give the idea of the different sizes of bees. I also added a strange breathing sound which represents the importance of bees to pollination, giving life to the earth. The whole idea was to try and recreate a sound picture of the colony at work – all sizes buzzing around the hive, bringing back pollen from their forays in the garden and further afield. Ultimately, the bee sounds diminish as the colony fails. Also, the breathing stops….

Little Rotors has a sub title – Requiem for Osmia.
On the one hand, it’s about the hours I spent watching the colony and the sounds that I could hear in my mind like a living graphic score and about my love of bees.
Secondly, I suppose in telling this cautionary tale about the weather and the hives, it is also about climate change, the perils of ignoring the changes, even in the microcosms of our gardens, and the huge loss to us all if the bees die……which they are in large numbers.

In case you are interested, this is not the first time that I have written about Insects and here is something I created earlier in 2015 –