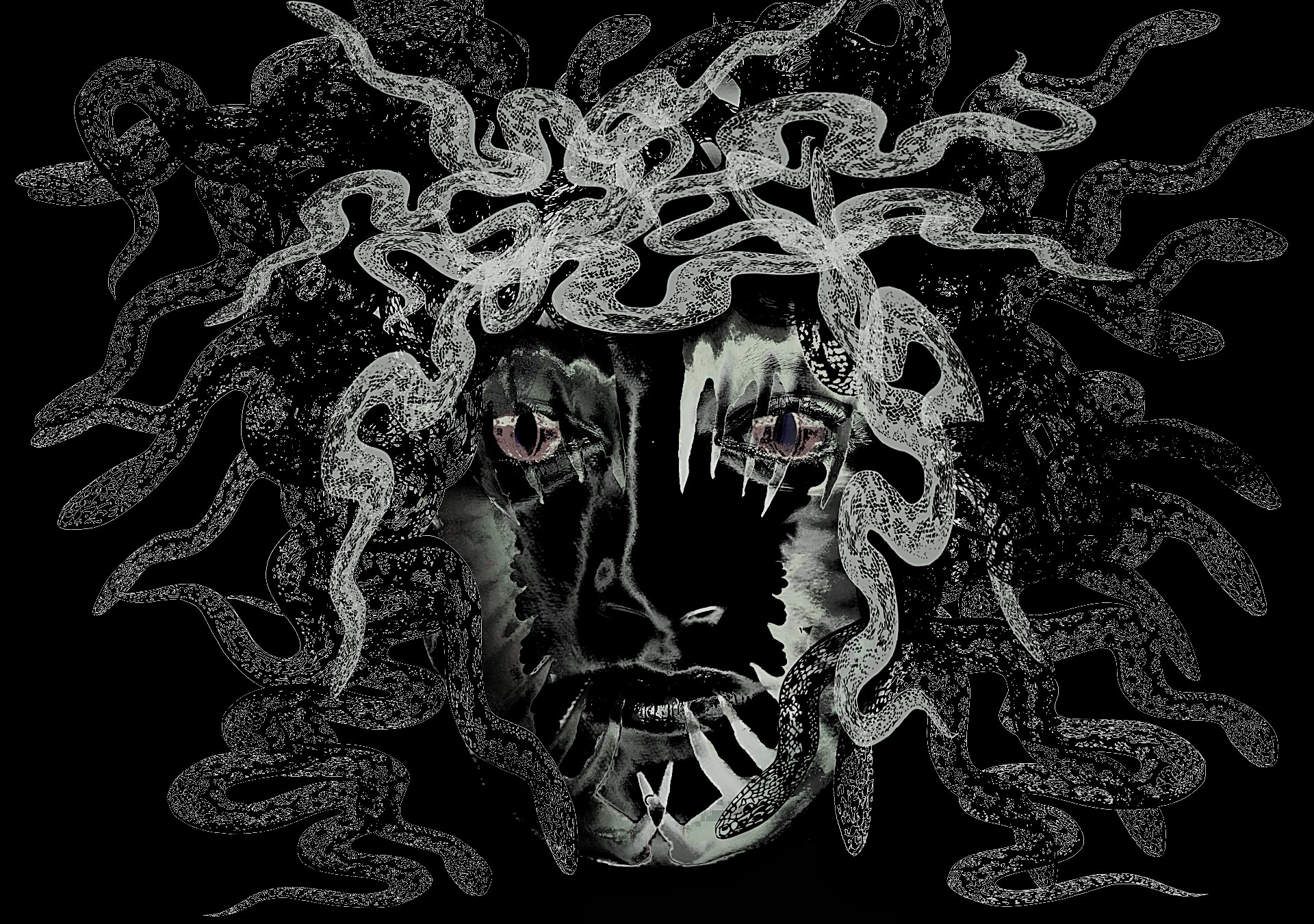 This year my monthly challenge is to create a piece of electronic music using only one short field recording to create the whole piece on the theme of Imaginary Creatures. The sample or field recording will have a connection to the creature, which in this case is a spitting cobra.

Medusa was one of the Gorgon sisters. She was originally a golden-haired, fair maiden, who, as a priestess of Athena, was devoted to a life of celibacy. She fell in love with and married Poseidon. an offence she was punished for in a most terrible manner. Each wavy lock of the beautiful hair that had charmed her husband was changed into a venomous snake; her once gentle, love-inspiring eyes turned into blood-shot, furious orbs, which excited fear and disgust in the mind of the onlooker; whilst her former roseate hue and milk-white skin assumed a loathsome greenish tinge.
Seeing herself transformed into such a repulsive creature, Medusa fled her home, never to return. Wandering about, abhorred, dreaded, and shunned by the rest of the world, she turned into a character worthy of her outer appearance. In her despair, she fled to Africa, where, while wandering restlessly from place to place, young snakes dropped from her hair; that is how, according to the ancient Greeks, Africa became a hotbed of venomous reptiles. With the curse of Athena upon her, she turned into stone whomever she gazed upon, till at last, after a life of nameless misery, deliverance came to her in the shape of death, at the hands of Perseus – Greek Mythology

My Medusa sits in some dark corner, coiling her body around and whipping her tail, spitting in venomous warning and sadness.
Artwork by Museleon.